IRON KNOB IN THE 18OO’S
– THE TIMELINE

The following is a section of the history of Iron Knob taken from the Booklet ‘ The Iron Knob Experience – November 1999. Copies maybe purchased from the Iron Knob Tourist Centre.

On March 9th; Matthew Flinders surveyed the areas around the (now) Whyalla and surrounding areas. The following words were written by Captain Matthew Flinders on that day. ” I have examined on the western side of a squat hill apparently rising directly from a broad bay with a low sandy shore rising gradually. Here the adjacent mud banks appear to be frequented by a large number of ducks and black swans. I have named this spot Hummock Mount.

Edward John Eyre recorded in his journals that on September 18th; he climbed a hill that was formed ‘ principally of  ironstone  formation.’ It  has subsequently been  established that  this  hill  was Iron Baron or  Iron Prince  (most likely Iron Baron). 2

A report issued in late 1848 lists copper, lead, zinc and manganese as the ‘only ones yet discovered in  the colony’. 12 No mention of ironstone as yet.

On April 20, 1849 a Mr Trewartha (mine Surveyor and Toller of Crown Lands) lists iron as one of the chief metallic minerals  occurring in  South Australia  and briefly describes  the principal  deposits, but  does  not mention  the   Middleback Ranges or Iron Knob. In September of that same year, he reported a ‘ large body of iron near Trumpy Bay but again makes no mention of Iron Knob or the Middleback Ranges 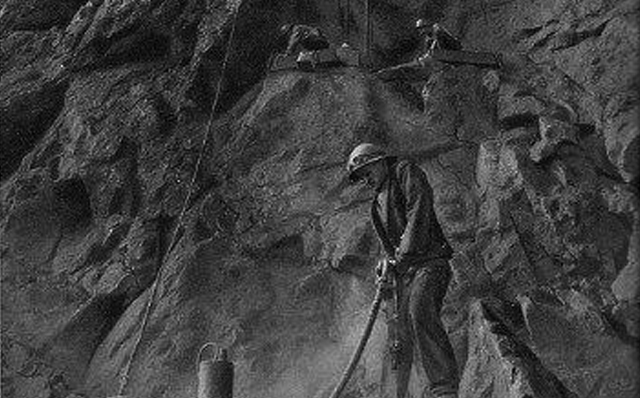 The Discovery of Iron Knob must have been between 149 and 1854 as it is not mentioned in an 1849 report on South Australian mineral resources, but appears on a grazing lease application dated 1854. There is no record of when or  by whom Iron Knob was named. Nevertheless, clearly the presence of iron rich rocks was recognised.

In 1861, Abraham Scott took up 56 square miles. He abandoned his efforts after seven years. In 1868 his holdings were transferred to Sir John Morphett and Sir Samuel Davenport. 13

Sir Samuel Davenport was aware of the Iron Knob deposit in 1878 and he exhibited specimens of Iron Knob ore at the Colonial  and Indian Exhibition in London 1886.

The smelters at Port Pirie were established. On June 6th, 1888, William Jones, a prospector from Broken Hill, was the first applicant for a mining lease south of Corunna Station. Permission was not granted until 1890. 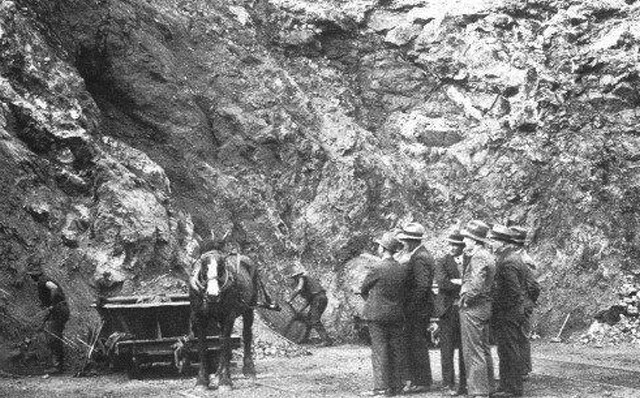 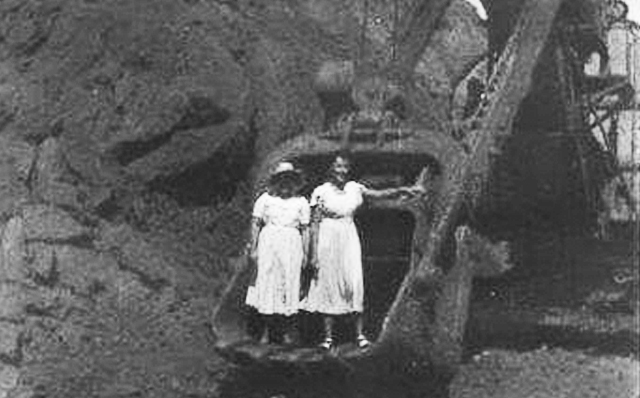 Between 1888 and 1891, there were 34 applications to mine in the area south of Corunna Station5.
The discovery of silver underneath a cap of iron ore at Broken Hill probably spurred a renewed interest in Iron Knob in the belief that a similar deposit existed there. 14

In the ‘ Port Augusta Despatch ‘ of December 12th 1891, a Mr. WT Campbell was reported as estimating the presence of at least a million tons of iron. According to above newspaper, on November 12th 1891, the Iron Monarch Syndicate had become the Mount Minden Mining Company. There was great objection to the registration of the former name for the group. 11

Mr John Ferry, Mr John Steicke, a blacksmith from Caltowie and a man named Bill Howie observed the mountains of ore at Iron Knob while passing through the district on the way to Streaky Bay. On their return trip to Caltowie they informed Mr. E Siekman, Mr Ferry’s father in law. Mr E Siekmann formed a syndicate and named it after his birthplace in Germany – Minden. (please read note below from the Great grand son of Mr Siekmann.)

“There is an inaccuracy in your text relating to the founder of the Mount Minden Mining Co. His name was Ernst Siekmann (my great grandfather) and he became an Australian citizen in 1865. He was not German but came from Prussia, where he grew up in the town of Minden. The story of his connection with Iron Knob is much more complex than you indicate. A fuller yet brief account is given in an article I have written for the State Library’s SA Memory website. I would be beholden to you to check this out, and to correct the text. Many thanks.
Peter Brinkworth”

The syndicate pegged out thirteen 40 acre mineral leases, which was part of a pastoral lease owned by Sir Samual Davenport and his son in law, John Morphett named Corunna. Mr Sutherland, who was manager of the station also took out a parcel of shares.

Mr Ferry said the syndicate sank a hole 100 foot deep on the east face about two third’s up and drove in about 25 feet. They also sank one on the western side of the Pinnacles 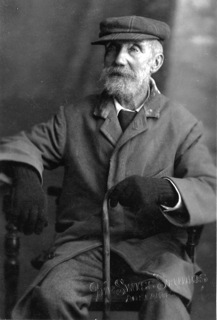 The new company, formed by Ernst Siekman and other local people and was registered as a non-liability company on May 13, 1891. This company was named the Mount Minden Mining Company. The company worked their leases at the Iron Knob and Iron Monarch deposits.

Markets for Iron Stone were lacking.  This year saw the movement of 7000 tonnes of iron stone.  The Ore was taken by wagons and bullock teams to Port Augusta for shipment by train to Port Pirie to be used as flux.  It took the wagons 2 days to complete the trip to Port Augusta of in temperatures in excess of 100 F.  They also had to carry with them water for man and beast.  Wages at this time were in the region of 7/2d per day.

This was followed by a very round-about trip by rail through Pichi Richi Pass via Quorn to Orroroo to Petersburg (now known as Peterborough and then down the Broken Hill railway line to Port Pirie. This costly exercise must have been time consuming and expensive.

Some 100,000 tons of ore was transported in this manner before 1900 at what was then a considerable cost.

Richard Hematite Burchett claimed that his father, Federick Charles Burchett was the original founder of Iron Knob. He stated that he was also the first-born child there and was christened Hematite after the ironstone. Apparently Mr. Kingham, Mr. Burchett and Mr. Pappin were part of a syndicate. 10

A Mr. Kingham reported that Mr. F.C. Burchett had pegged the Iron Knob in 1894, prospected it for 2 years and came to the conclusion that it was a large mountain of ore present. 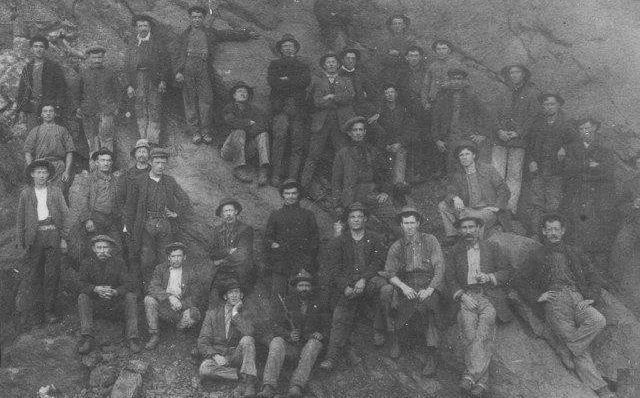 A crew of men in the early days

Mount Minden Mining Company had exhausted its funds and was falling behind with its mining lease rentals and was failing to comply with labour conditions of the lease.

The labour conditions mentioned were quite specific in the Crown Lease requirements, i.e. ‘….during the continuance of the term work and carry on such mines in a fair orderly skilful and workmanlike manner and also will during the term of the lease employ and keep continuously employed not less than one man for every 10 acres of the land herby demised in mining for metals and minerals not being gold coal or mineral oil upon the said land and will whenever there unto required by the said Minister furnish him with satisfactory evidence that such a number of men have been  and are so employed due allowance being made by the said Minister for machinery or horses employed a the rate of two men for each horsepower ‘. It is fairly obvious that the number of men employed did not meet the above criteria as well as the rent for the lease had not been paid for three years.

The Hundred of Randell was proclaimed. 5