OUR HISTORY – PRESERVING OUR PAST

We believe that our history, our heritage is not only worth preserving but also celebrating. Iron Knob has played a key role in the development of not only South Australia but also our nation. It has often been said that Iron Knob was the birth place of the Australian Steel Industry and it certainly played a key role in the economic viability of our nation at a key stage in it’s development.

Iron ore and steel are still strong commodities in our nation and provide employment for many families and have once again become a part of Iron Knobs present economy with SIMEC re-opening the mines around Iron Knob.

The Iron Knob Progress Association Inc. is proud to share with you our piece of history and hope you enjoy the contributions, not only of the present members and associates, but also the hard work of past members who have helped compile the history for us to enjoy.

The explorer, Edward John Eyre passed Iron Knob several times in 1839 before marking it on his map. He climbed a hill that was either Iron Baron or Iron Prince and he identified the area as principally ironstone. On 30th January 1854 James Paterson lodged application Nº 17 for grazing lands to the north of Iron Knob and the lease was called Cooroona Hill.

A diagram attached to the application showed the name Corunna Hill and a hill named ‘ The Iron Knob ‘ 4 ½ miles S.S.W of Corunna South. This and other leases were taken over by Abraham Scott in 1868 an Morphett and Davenport in the 1870’s. 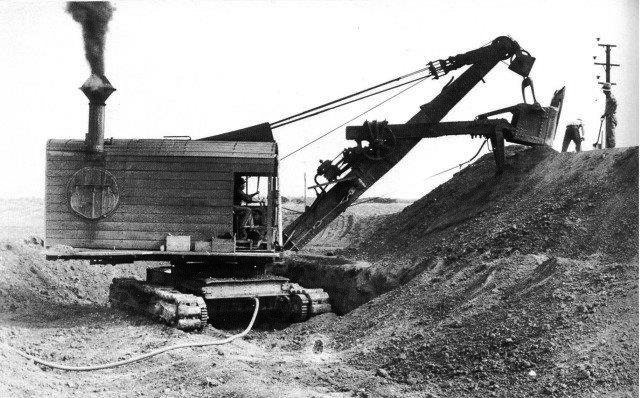 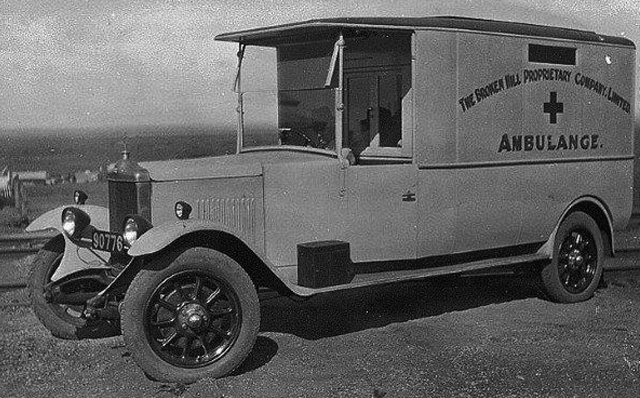 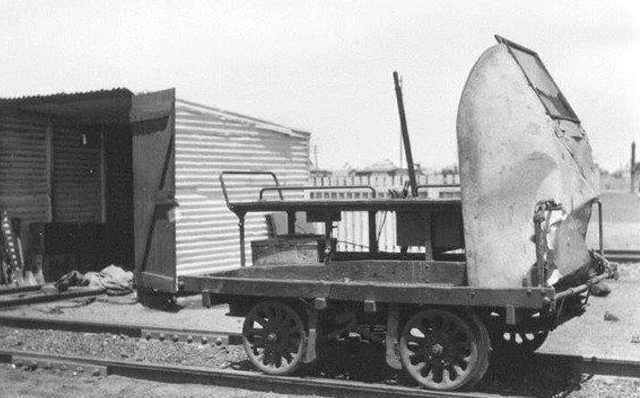 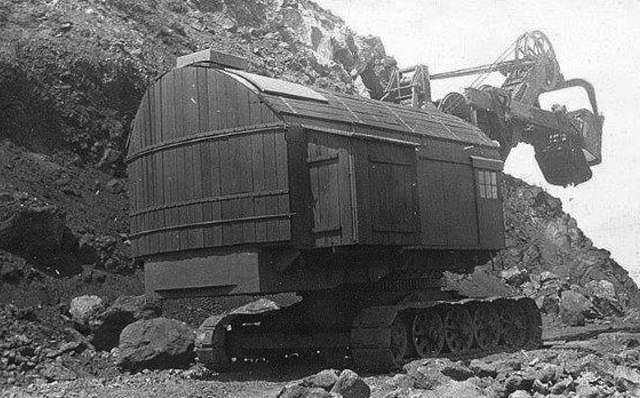 The back end of  “Betty”

In 1878 Sir Samuel Davenport shipped ironstone samples to the Indian and Colonial Exhibition in London, but not until 1880 was an attempt made to epxort the deposits commercially. A gentleman from Prussia, Ernst Siekmann, pegged out leases and formed the Mount Minden Mining Company. Unfortunately the company fell behind with its rent for these leases and failed to comply with the labour conditions imposed by the South Australian Government and so in December 1896 these leases were cancelled.

This is when B.H.P. Officially began in 1899 transporting the ore by bullock teams to Port Augusta. This mode of transport took two days to reach the Port. The man had to carry enough provisions and water themselves and the bullock teams in temperatures of up to 120° F in the shade, for wages of 7/2d per day. From Port Augusta the ore was railed to Port Pirie. Although 100,000 tons of ore was transported this way before 1900, the cost was out of all proportion to the value of the ore. 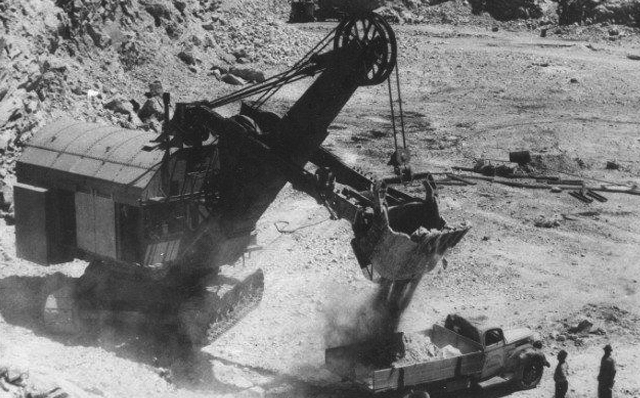 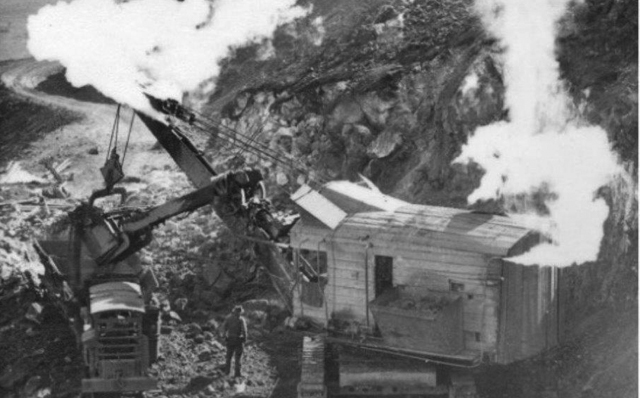 The counterweights used were made of raw ore! 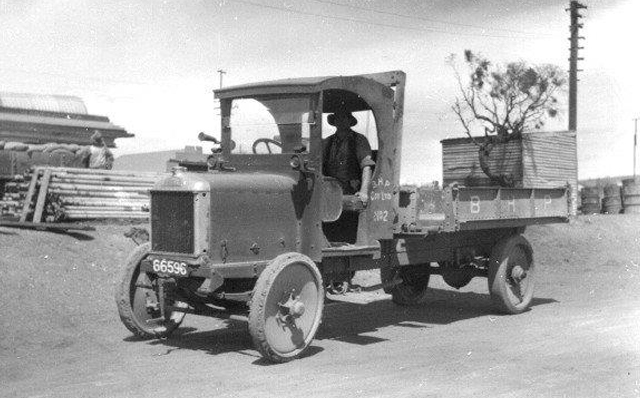 A gentleman poses in his supply truck 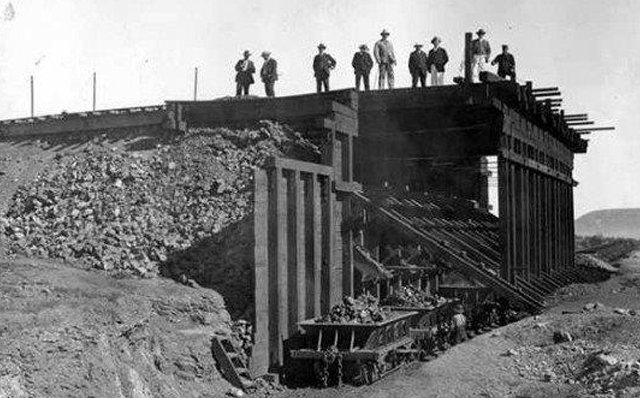 Authority for the construction of a tramway was granted under, ” The B.H.P. Hummock Hill to Iron Knob Tramway and Jetties Act, 1900.” The opening of the 3ft 6 in light tramway in that year, and the concentration of the lead smelting at Port Pirie, together with the exclusive use of Iron Knob ore for fluxing, had the immediate effect of closing down the small ironstone quarries that had previously been worked in other parts of the state.

These quarries were situated near the townships of O’Leary, Melrose, Woomera and Quorn. At Hummock Hill (since 1914 known as Whyalla.) a 900 foot jetty was installed at the shipping port for the transfer of the ore from the railway trucks barges for shipment. 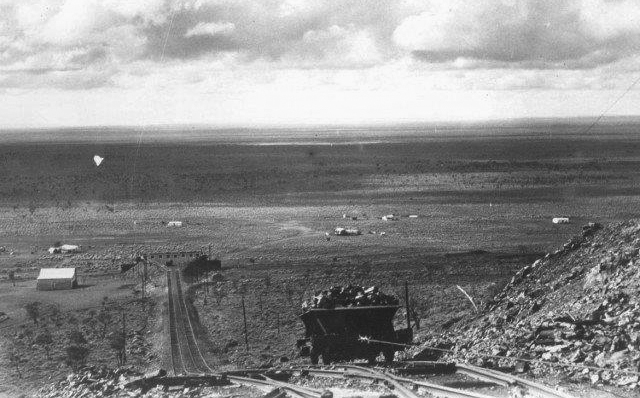 A full wagon leaving the pit 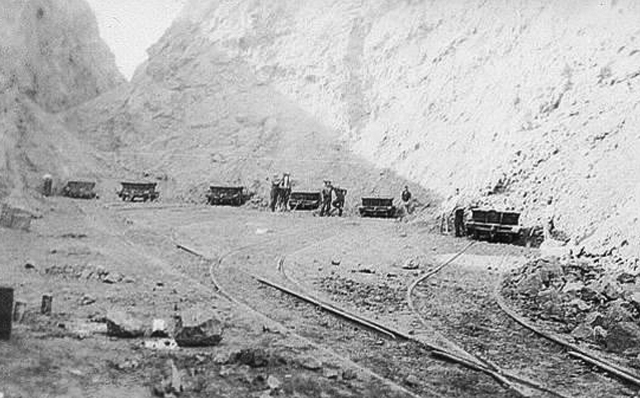 Wagons to be loaded by hand 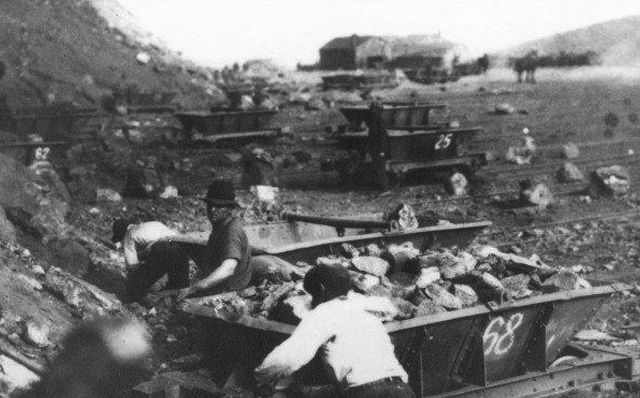 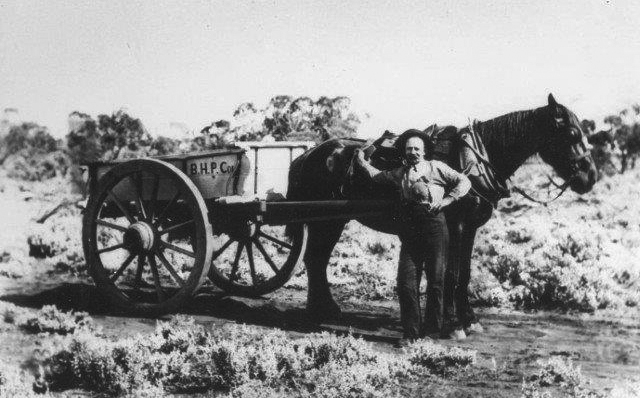