The town of Iron Knob is situated at the foot of an iron ore mine on the North East of the Eyre Peninsula in South Australia.

For a small town, Iron Knob has excellent recreational amenities. They include a nine-hole golf course, lawn bowls & attractive shady parks with restroom facilities. A Rural Transaction Centre including a Post Office with public internet access and a park with playground and public murals all make the town a friendly stopover for travellers.

Iron Knob began as a housing settlement for miners somewhere between the late 1800’s to early 1900’s. It is often said to be the birthplace of Australia’s steel industry, and the mine is among the oldest still active in Australia.

Currently, the mine is owned and operated by SIMEC. The main part of the town itself is not company land but freehold, having been proclaimed a township in February 1915.

The town of Iron Knob has faced many changes since the mine temporarily closed between the mid 1990’s to 2013. However an “Aussie Battler” spirit, and a quiet determination to not give up or in, has kept Iron Knob’s community spirit not only alive, but with an eye to the future. 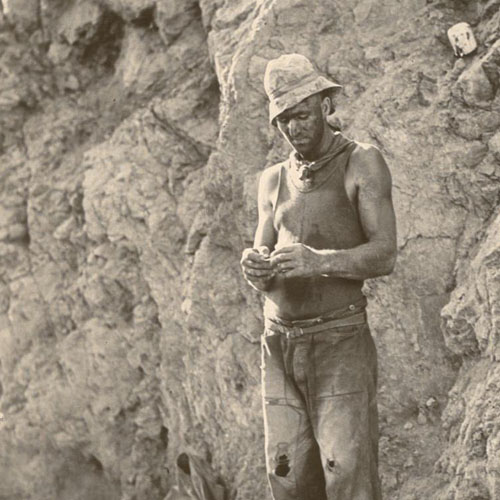 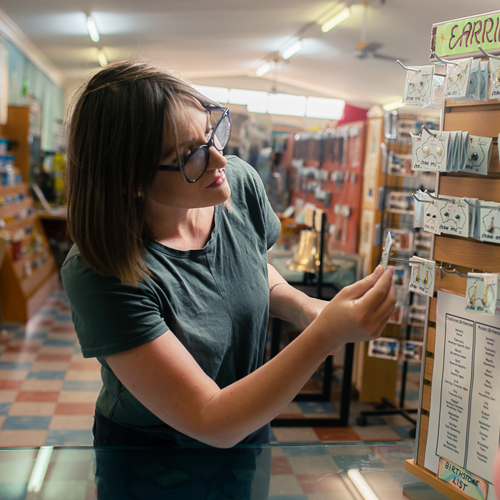 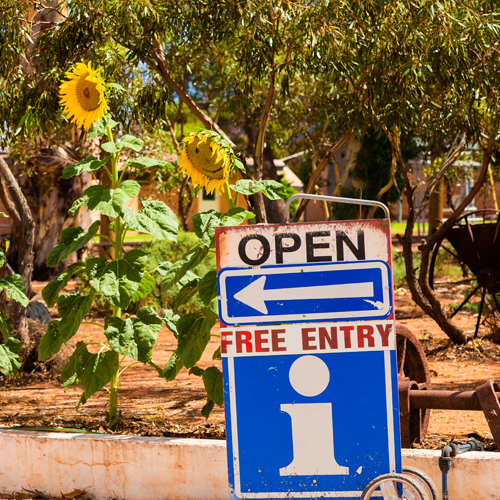 The Iron Knob community does not belong to any local council area and therefore comes under the direction of the Outback Communities Authority for guidance, limited assistance and some funding.

Most things in Iron Knob get done by the tireless effort of dedicated volunteers who make up the association. From the rubbish dump to the running of Town Tours the Iron Knob Progress Association Inc. has to take care of it.

With this in mind Iron Knob has been active in times past and present seeking grants, funding and help from various industries, Government bodies and individuals. Some of our supporters are recognized at the bottom of this page.

Facilities like the Iron Knob Bush Kitchen which Rv’s and general travelers may access whilst staying in town, the playground and the Visitor Centre are maintained and staffed by residents in town donating their time to keep this historic town alive and it is the hope of the Progress Association that you, our guest enjoy the facilities that we can provide.

You can help our town by leaving a donation after using our services even a word of thanks and appreciation to the town members is well received. We have more projects for upgrading our town which we hope will improve life for residents and experiences for our visitors.

Want to know more about the Iron Knob Progress Association?

VISIT US & MEET OUR ABUNDANCE OF OUTBACK WILDLIFE